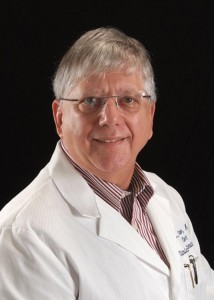 Dr. Drusano is a Fellow of the Infectious Diseases Society of America. On the national level, Dr. Drusano was a member of the Interscience Conference on Antimicrobial Agents and Chemotherapeutics (ICAAC) Program Committee and the IDSA Program Committee. He has served on multiple National Institute of Allergy and Infectious Diseases (NIAID) Review Groups. He has served as an ad hoc member of NIAID Council on two occasions to support issues regarding emergence of bacterial resistance. He also serves as a consultant to NIAID and CDC on Biodefense issues. In 2010, he was Chair of the Gordon Conference on New Antimicrobial Discovery and Development. He has been named to the Scientific Advisory Committee for the Global Antibiotic Research and Development Partnership (GARDP), supported by WHO. He has won a number of awards, including being named Distinguished Investigator of the Year (2003) by the American College of Clinical Pharmacology. He was named recipient of the Maxwell Finland Award for Scientific Achievement for 2012 from the National Foundation for Infectious Diseases. He was named the recipient of the Cubist-ICAAC award for 2013 from the American Society for Microbiology. He was awarded the Paul Ehrlich Magic Bullet Award in 2015. Most recently, he was a recipient of a University of Florida Research Foundation Professorship (May, 2018).

An active researcher, Dr. Drusano has focused on mathematical modeling and the pharmacodynamics of anti-infective chemotherapy, especially the pharmacodynamics of anti-tuberculosis agents, MDR/XDR nosocomial pathogens, multiple anti-viral agents and the therapy of biodefense pathogens. He originally described cutting-edge mathematical models to identify drug doses, schedules and combination regimens to suppress resistance emergence. He has been awarded a Program Project Grant from NIAID “Choosing Drug Doses for Biodefense Pathogens”, R01’s from NIAID for “Resistance Suppression for P. aeruginosa using Novel Combination Therapy Modeling”, Optimizing Combination Therapy for Hepatitis C virus with pharmacodynamic models and an R01 for drug development “Optimization of Neoglycoside Antibiotics for Nosocomial Pathogens and Select Agents”. Most recently, he was awarded a P01 from NIAID “Optimizing Combination Therapy to Accelerate Clinical Cure of Tuberculosis”.

2013: Recipient, Cubist-ICAAC Award from the American Society for Microbiology

1991: Rhone-Poulenc Award at International Congress of Chemotherapy, Berlin, most innovative research with fluoroquinolones